For scams and urban legends, check snopes.com. But what if grammar myths are getting you down?

If you’re afraid to start a sentence with “but” or “because” or would rather get a root canal than split an infinitive, help is on the way. 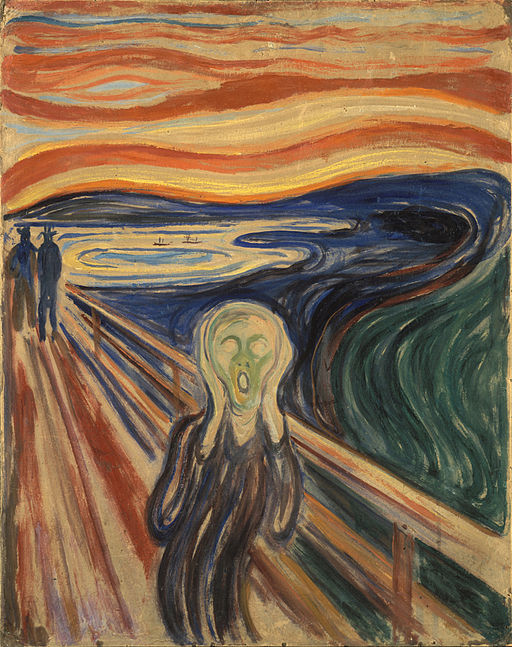 Myth One: You can’t start a sentence with a coordinating conjunction like and, yet, or but.

What it would mean if true: All nine Supreme Court Justices would be incompetent writers.

Chicago Manual of Style, 17th ed.: This myth has “no historical or grammatical foundation”; “a substantial percentage [often as many as 10 percent] of the sentences in first-rate writing begin with conjunctions.”

Grammar Girl Quick and Dirty Tips: “It’s fine to start a sentence with a coordinating conjunction. . . . being able to do so occasionally allows you more flexibility and control over the tone of your writing, and allows more variety.”

Benjamin Dreyer (author, Dreyer’s English): “[D]0 begin a sentence with “And” or “But,” if it strikes your fancy to do so. Great writers do it all the time.”

Merriam Webster Usage Notes: “If you’re going to create a silly-sounding acronym, . . . then go whole-hog and list all of the words that schoolchildren have been told not to put at the beginnings of sentences over the past 200 years. We crafted one for you that helpfully looks like a web address: WWWFLASHYBONNBAN, which stands, obviously, for whether, well, why, for, likewise, and, so, however, yet, but, or, nor, now, because, also, nevertheless.”

Joseph Williams, Style: “Just about any highly regarded writer of nonfictional prose begins sentences with andor but, some more than once a page” (p. 182).

Garner’s Modern American Usage: “It is a gross canard that beginning a sentence with butis stylistically slipshod” (p. 121).

Fowler’s Modern English Usage, 2nd ed.: “That it is a solecism to begin a sentence with andis a faintly lingering superstition. The OED gives examples ranging from the 10th to 19th c.; the Bible is full of them” (p. 29).

Wilson Follett, Modern American Usage: “A prejudice lingers from a by-gone time that sentences should not begin with and. The supposed rule is without foundation in grammar, logic, or art. And can join separate sentences and their meanings just as but can both join sentences and disjoin meanings” (p. 27).

Merriam Webster’s Dictionary of English Usage: “Everybody agrees that it’s all right to begin a sentence with and, and nearly everybody admits to having been taught at some past time that the practice was wrong. . . . Few commentators have actually put the prohibition in print; the only one we have found is George Washington Moon (1868)” (p. 93).

Myth Two: You can never split an infinitive.

What it would mean if true: The Star Trek writers should have rewritten this famous sentence: “To boldly go where no man has gone before.”

Chicago Manual of Style, 17th ed.: “It is now widely acknowledged that adverbs sometimes justifiably separate the to from the principal verb” (5.108).

The Guardian: “Maybe 100 years ago splitting an infinitive meant, ‘I don’t know my grammar rules’, because they were usually avoided by people who did. However, now that most people, including language experts, are relaxed about split infinitives, that changes. Indeed, taking trouble carefully to avoid them means: ‘I’m a bit fussy and old-fashioned.’”

Grammar Girl Quick and Dirty Tips: “The only logical reason to avoid splitting infinitives is that there are still a lot of people who mistakenly think it is wrong. If you write from a position of power, split your infinitives as much as you want. Be guided by the sound and flow of your sentence. On the other hand, if you have to please others or avoid complaints, it’s safer to avoid splitting infinitives. There’s no reason to deliberately split infinitives when you know it’s going to upset people.”

The Elements of Style, 4th ed.: “Some infinitives seem to improve on being split,” as in “I cannot bring myself to really like that fellow” (p. 113).

American Heritage Guide to Contemporary Usage and Style: “[T]he split infinitive is distinguished [by both] its length of use and the greatness of its users . . . noteworthy splitters include . . . Abraham Lincoln, George Eliot, Henry James, and Willa Cather” (p. 441).

Barbara Wallraff, Word Court: “Splitting an infinitive is preferable both to jamming an adverb between two verbs . . . and to ‘correcting’ a split in a way that gives an artificial result” (p. 99).

Fowler’s Modern English Usage, 2nd ed.: “We admit that separation of to from its infinitive is not in itself desirable,” but “we will split infinitives sooner than be ambiguous or artificial” (p. 581).

Chicago Manual of Style, 17th ed.: “There has never been a rule against placing an adverbial modifier between the auxiliary verb and the principal verb in a verb phrase. In fact, it’s typically preferable to put the adverb there” (5.171).

Garner’s Modern American Usage: “[M]ost authorities squarely say that the best place for the adverb is in the midst of the verb phrase” (p. 23).

Wilson Follett, Modern American Usage: “With a compound verb—that is, one made with an auxiliary and a main verb—the adverb comes between auxiliary and main verb (He will probably telephone before starting)” (p. 18).

Merriam Webster’s Dictionary of English Usage: “This bugaboo, commentators agree, seems to have sprung from fear of the dread split infinitive” (p. 36).

Fowler’s Modern English Usage, 2nd ed.: “It is probably a supposed corollary of the accepted split-infinitive prohibition; at any rate, it is entirely unfounded. . . . There is no objection whatever to dividing a compound verb by adverbs” (pp. 464-65).

Myth Four: You can’t end a sentence with a preposition.

What it would mean if true: You would have to mimic Winston Churchill, who famously mocked the alleged rule by saying, “This is the type of arrant pedantry up with which I shall not put.”

Benjamin Dreyer (author, Dreyer’s English): “[T]o tie a sentence into a strangling knot to avoid a prepositional conclusion is unhelpful and unnatural, and it’s something no good writer should attempt and no eager reader should have to contend with.”

Grammar Girl Quick and Dirty Tips: “I’ve read long, contorted arguments from noted grammarians about why it’s OK to end sentences with prepositions when the preposition isn’t extraneous, but the driving point still seems to be, ‘Nobody actually talks this way.’ Yes, you could say, ‘On what did you step?’ but not even grammarians think you should. It usually sounds pedantic.”

Patricia O’Connor, Woe is I: “This idea caught on, even though great literature from Chaucer to Shakespeare to Milton is bristling with sentences ending in prepositions” (p. 183).

Fowler’s Modern English Usage, 2nd ed.: “It was once a cherished superstition that prepositions must be kept true to their name and placed before the word they govern in spite of the incurable English instinct for putting them late” (p. 473).

Myth Five: You can’t start a sentence with because.

What it would mean if true: Emily Dickinson made a mistake when she wrote, “Because I could not stop for Death, / He kindly stopped for me.”

Grammar Girl Quick and Dirty Tips: “It’s OK to start a sentence with “because”; you just have to make sure you’re writing complete sentences and not sentence fragments.”

Cambridge Dictionary: “We often put the because-clause at the beginning of a sentence, especially when we want to give extra focus to the reason.”

American Heritage Guide to Contemporary Usage and Style: starting a sentence with “because” is “perfectly appropriate” (p. 53).

Mark Davidson, Right, Wrong, and Risky: starting a sentence with “because” is “fully accepted” (p. 105).

Joseph Williams, Style: “[T]his particular proscription appears in no handbook of usage I know of” (p. 181).

Garner’s Modern American Usage: “odd myth [that] seems to have resulted from third-grade teachers who were trying to prevent fragments” (p. 92).

Merriam Webster’s Dictionary of English Usage: “This rule is a myth. Because is frequently used to begin sentences,” often “for greater emphasis” (p. 171).

And now we can go back to debating that moon landing. 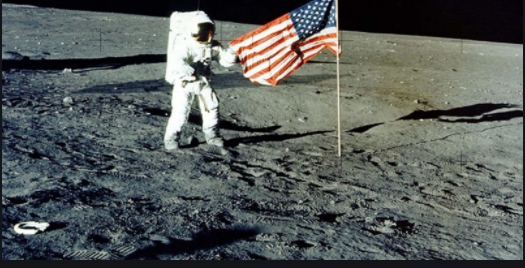