To paraphrase Bill Clinton, can an ingredient in a patented drug depend on what the meaning of a slash is?

Bracco Diagnostics patented a formulation for sincalide, a drug used to diagnose disorders of the gall bladder and pancreas. It later sued Maia Pharmaceuticals for infringing the patent. Bracco prevailed at the district court, and Maia appealed to the Federal Circuit.

One of the issues in this claim-construction appeal was the meaning of the slash in the first independent claim:

Did Bracco’s formulation require an ingredient that was both a surfactant AND a solubilizer? Only one or the other? All of the above?

Was Bracco just trying to avoid the much-loathed “and/or,” and this is the thanks it gets?! 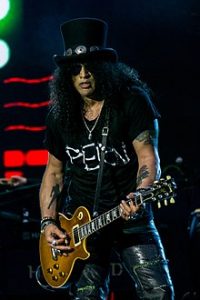 Why Should You Care?

What the Federal Circuit called a “backslash” here is actually a forward slash or “virgule.” As English evolved, the virgule came to replace commas.

The Clash on the Slash

Maia, the Appellant: The slash in “surfactant/solubilizer” means that this element must be both a surfactant AND a solubilizer. A description of “mannitol” in the specifications includes two slashes that could mean only “and.” Plus construing the slash as “or” would impermissibly broaden the scope of the claims by allowing them to encompass sincalide formulation with a solubilizer but no surfactant.

Bracco, the Appellee: The slash means “or,” not just “and,” in part because the patent doesn’t disclaim sincalide formulations with a solubilizer but no surfactant.

We agree with Maia and affirm the district court on this issue: a “plain reading” of the slash means “and” or “or.” A dependent claim recites a sincalide formulation that has a surfactant but no solubilizer. And although the specifications do include language suggesting that a surfactant is essential, other language suggests that it is not. The ingredient can be a surfactant, a solubilizer, or both.

Can a party create its own system of punctuation in a document, untethered to any conventional use and without any explanation of the deviation? And even if so, can that system really have a “plain reading”? What if a question arose over the proper construction of the semicolon in “a surfactant; solubilizer combination”? Could you say that a “plain reading” of that semicolon would be “surfactant-solubilizer combination” just by citing an similar use of a semicolon elsewhere in the same document?